18 everyday sounds that can hurt your hearing

“COMPOSING IS ALL ABOUT BRINGING SOUNDS CLEARLY INTO FOCUS”

Dominique believes that the perfect sound should be as natural as possible. She uses this philosophy when composing for theaters worldwide. Here’s what Dominique had to say about PureSound, the essence of the Widex sound philosophy.

Dominique is a London-based composer who has provided music for the Shakespeare Globe Theatre, Talawa Theater Company, Theater of Black Women – and more. A native of Trinidad, Dominique’s Caribbean heritage is a part of her musical voice, which she has used for over two decades when writing for theater, BBC radio drama, film, and television in London.

MUSIC AS A WAY OF LIFE

Music has been a cornerstone in Dominique’s family for several generations. “It’s a way of life,” she says. “It’s a way of thinking of life.” Composing isn’t just about writing a piece of music for Dominique, it’s about describing what’s going on around her.

“A perfect sound is a sound where the trajectory of the piece is clear,” says Dominique. Instruments with a leading role are heard. The colour and the palette of the rest of the ensemble is distinct, and the overall musical journey becomes clear.

The perfect sound should sound as natural as possible and PureSound is impressive in that sense. “I would definitely invest in a pair of Widex,” she says. “The precision that you hear in Widex that allows you to distinguish between each sound without being exhausting or over-boosted seems like the perfect solution.”

“PURITY OF SOUND IS CERTAINLY WHAT PURESOUND DELIVERS”

Dominique studied classical guitar and Cuatro from an early age.

Dominique composed and produced music for all 38 Shakespeare plays recorded for a CD collection.

“There’s something cleaner, more precise about PureSound that I don’t normally get.”

TRY BEFORE YOU BUY FOR 30 DAYS 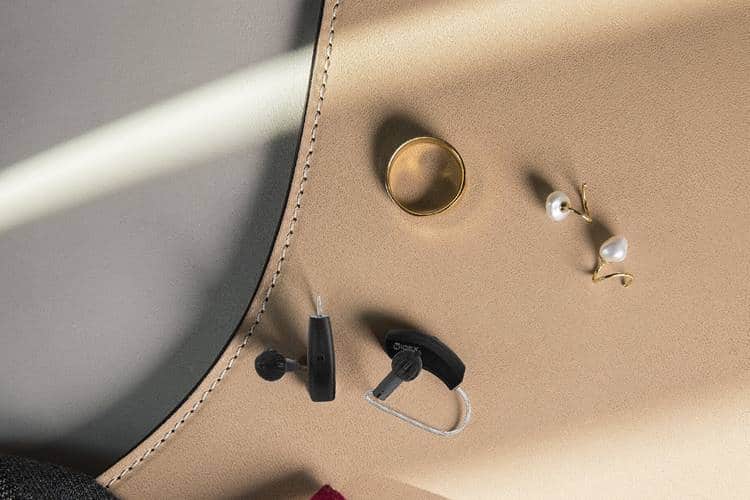