Get access to the full
sound scene with new
Oticon More™​

It’s time to get more out of life

The best just got even better

The Oticon OPN S hearing aid was arguably the best hearing aid in the world. It’s ability to perform in background noise and deliver the most natural sound was truly unparalleled.

The OPNs was a hugely successful hearing aid for the team at Lanarkshire Hearing Centre.

We are very excited to introduce the new Oticon More.

So how does the best get even better? 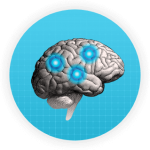 Oticon have been pioneers of the Brain Hearing Philosophy. What does this mean? If I said we don’t hear with our ears, but we hear with our brain would that make sense?

Most hearing aids try to guess what the brain needs then change the sounds to a more artificial and very filtered sound.

The result – You are seeing things and you know they are making a sound, but you can’t hear them because the hearing aid filters it out.

Brain Hearing is a philosophy of not trying to guess what the brain needs but supplying the brain with as much information as possible as fast and clear as we can and let the brain sort out the information.

The result of brain hearing over conventional hearing aids- You will have a far greater immersion in real world sound and most importantly you will hear much better in background noise.

The Oticon More hearing instrument is driven by an all-new chip called Polaris. The chip is the most important part of any hearing system. The chip is the difference between hearing well and hearing exceptionally well.

What does this mean? It means you are going to hear on par with normal hearing.

With most hearing aids trying to filter sound out other than speech that’s in front of you Oticon more delivers precise balanced sound that prioritises speech but let’s you hear all the other sounds going on as well.

How does it do this?

Oticon trained their hearing aid using what they call the Deep Neural Network.

They trained the Oticon More hearing aid then they allowed it to think for itself.

How did they train the Oticon More?

All hearing aids use theoretical models and man-made predictions when it comes to handling sounds. That’s why hearing aids wearers often comment that things can be unnatural, or they really struggle to hear in background noise.

Oticon More used a 360-degree spherical microphone which had 32 individual recording mics. Oticon then went out into the real world and recorded over 12 million sounds!!

They then placed those sounds into the Oticon More hearing aid and educated the hearing aid to what things actually sound like and not what a programmer thinks they sound like.

Why is it important?

Oticon More can now think for itself just like your brain would if it was in noise.

Normal hearing people can hear background noise and speech because the brain knows how to process the sound and prioritise speech over unwanted noise.

With Oticon More the hearing aid will now make decisions for you. They will prioritise speech over background noise but crucially they will still let you hear background noise like someone with normal hearing. The results will mean that.

Oticon More will give you the best sound quality from any hearing aid in noise.

A key feature to allow you to hear where sound is actually coming from. MoreSound delivers sound in a clear, understandable and balanced nature making sure you hear like someone with normal hearing even in the most challenging of environments.

Sometimes we just need to leave sound alone and not try and change it. Conventional hearing aids always try and guess what the wearer needs and not what is actually right.

With MoreSound the Oticon More hearing device can easily identify when a sound does not need any processing but just needs to get to the brain as quickly as possible.

What does this mean for you?

More sound will remove this delay and deliver the most natural sound quality of any hearing aid currently available.

Analysing wind noise 500 times per second the Oticon More hearing aid will rapidly reduce wind noise but not as the detriment to other sounds around it.

This is a key feature if perhaps you play a lot of Golf. 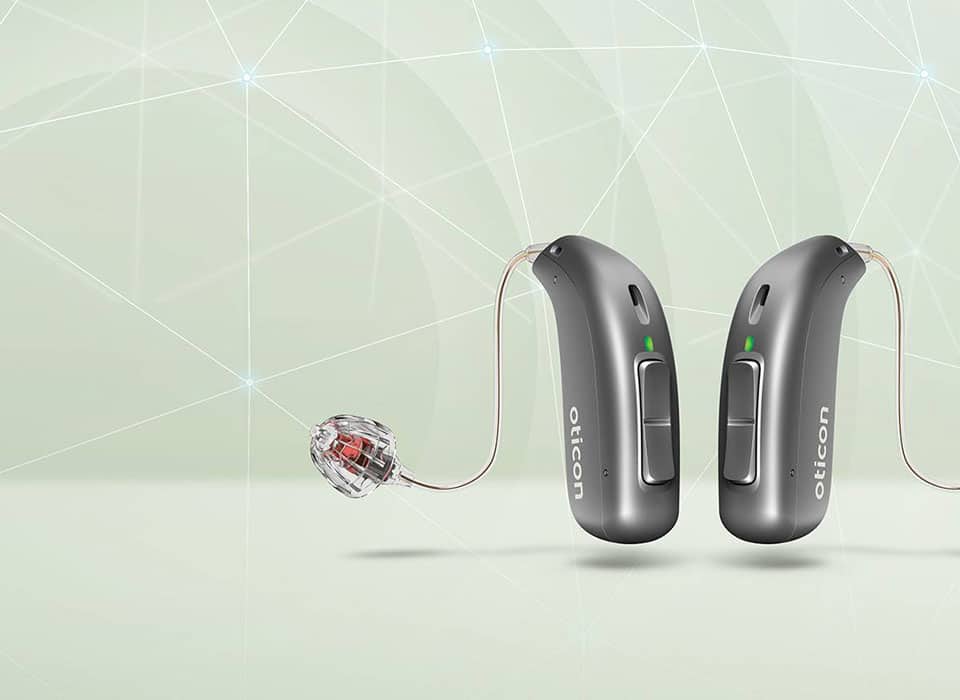 Have you owned hearing aids
that whistle all the time?

Has your current hearing aid provider told you that certain hearing aid is no good for you because it might whistle?

Oticon More and Polaris is an evolution of the Velox S feedback system which was best in class previously.

Rechargeable small hearing aids can now be available for everyone with Oticon More and not just people with Mild hearing losses as with other hearing aids.

Tinnitus can be debilitating for those who suffer from it.

90% of people with tinnitus have a hearing loss and most of them will have received their hearing loss through noise exposure.

If your tinnitus is caused by hearing loss a well fitted hearing instrument can be life changing.

A well fitted hearing system fitted correctly can in most cases remove the tinnitus completely.

Tinnitus sound support plays a nice soothing sound direct to your hearing aids that will soothe the sound of the tinnitus and with the right coaching drastically reduce your reaction to the tinnitus.

Do you suffer from Tinnitus?

Connect to any phone

Do you struggle on the telephone?

Oticon More has you covered.

Oticon More delivers wireless streaming from either your Android or Apple phone.

If someone from your family or work calls and you have always had difficulty with Oticon More you can accept the calls with confidence because the phone will stream the calls direct to both your hearing aids giving you clear sound in both your ears.

As you would expect from Oticon the Oticon More charger is a beautifully engineered charger that can be displayed without upsetting your home aesthetics.

A quick charge of 30 mins gives you a usage of 6 hrs with a 4 hr charge given you a full days usage.

We use cookies to ensure that we give you the best experience on our website. Please continue to use this site if you are happy with it.ContinuePrivacy policy